In 1953, the Fishing industry was still going strong in San Pedro and on Terminal Island. LA Harbor was home to the largest fishing industry in the United States. Once a year a wonderful Fisherman’s Fiesta was held and the San Pedro Fishing Fleet was blessed. His Eminence, James Francis Cardinal McIntyre performed the blessing in 1953 before a great crowd. Today the fleet down to less than a few dozen boats. None of the over 15 canneries that once occupied San Pedro and Terminal Island are left. The building for the Star-Kist Tuna Cannery Main Plant, at one time the world’s largest cannery still exists.

In San Pedro, a small tenacious fleet of commercial fishing vessels still exists at the Southern Pacific Slip along Sampson Way. The gallery below is tribute to the glory days of the past. 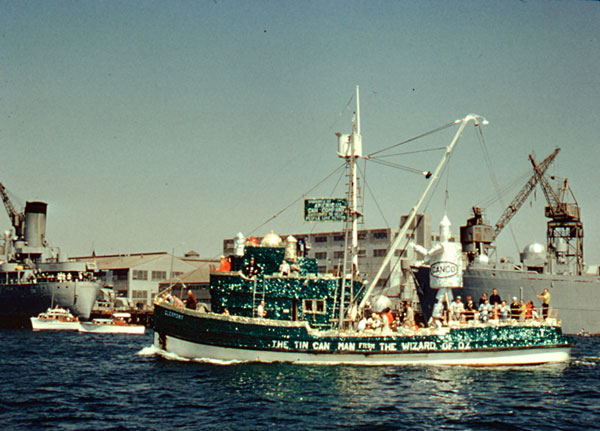 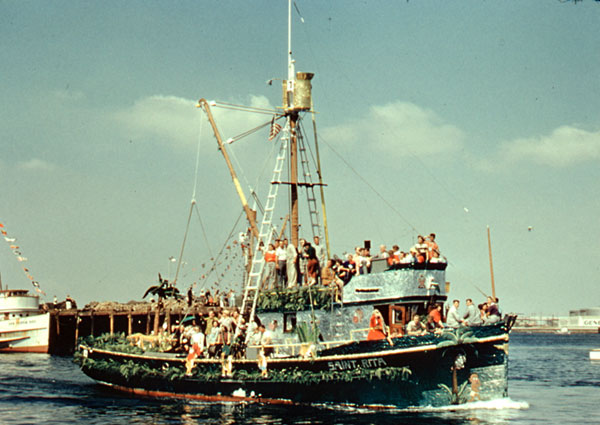 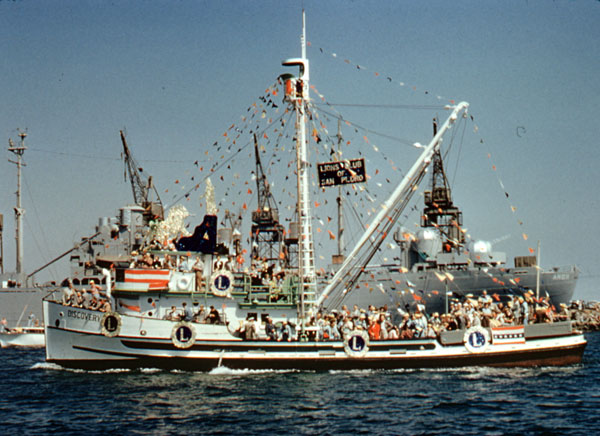 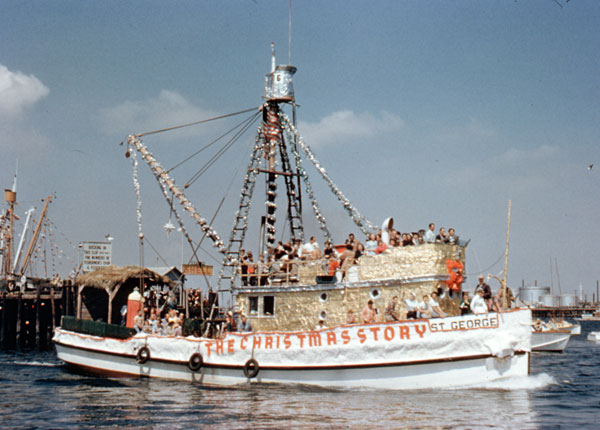 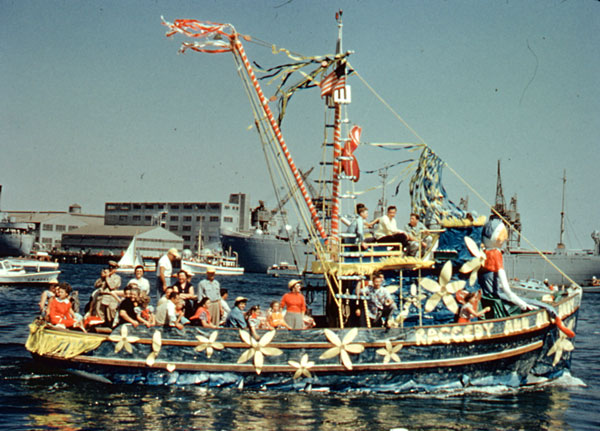 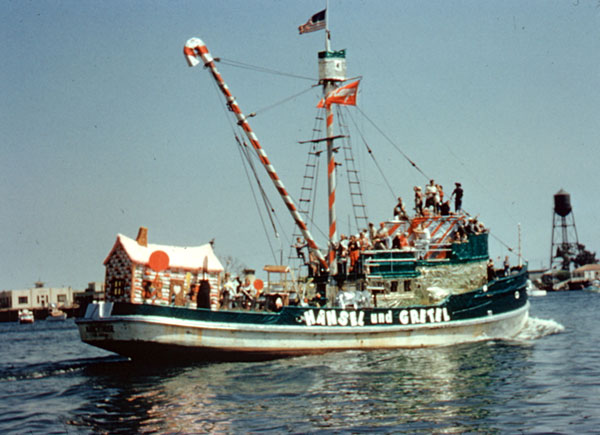 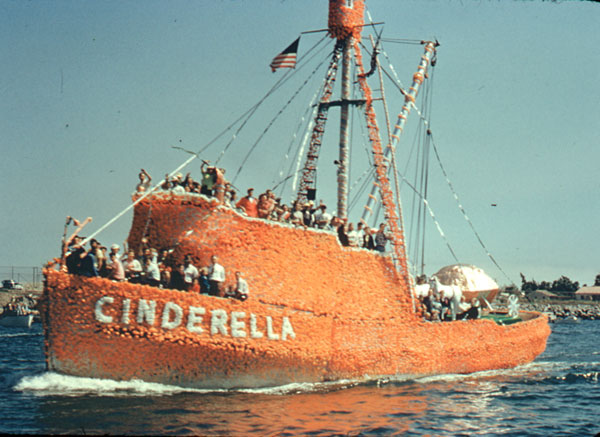 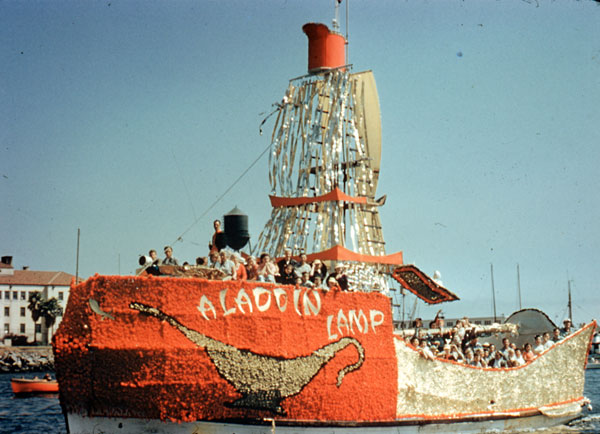 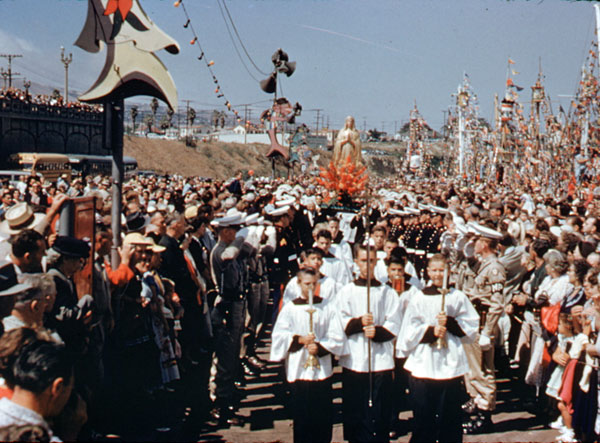 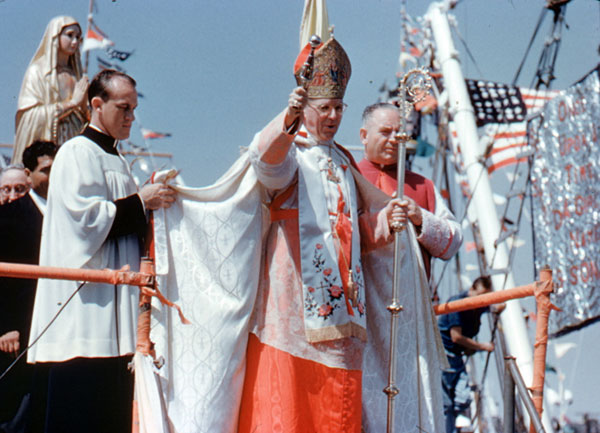 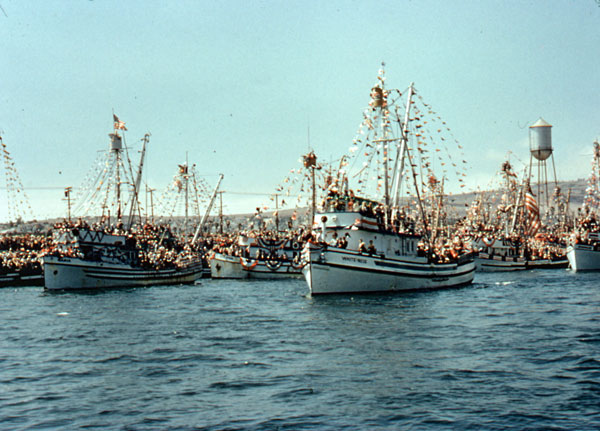 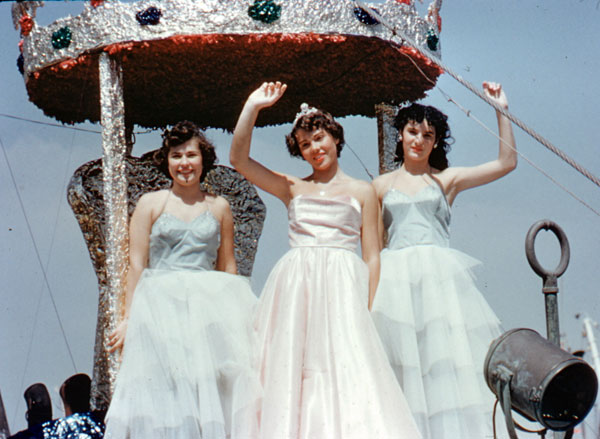