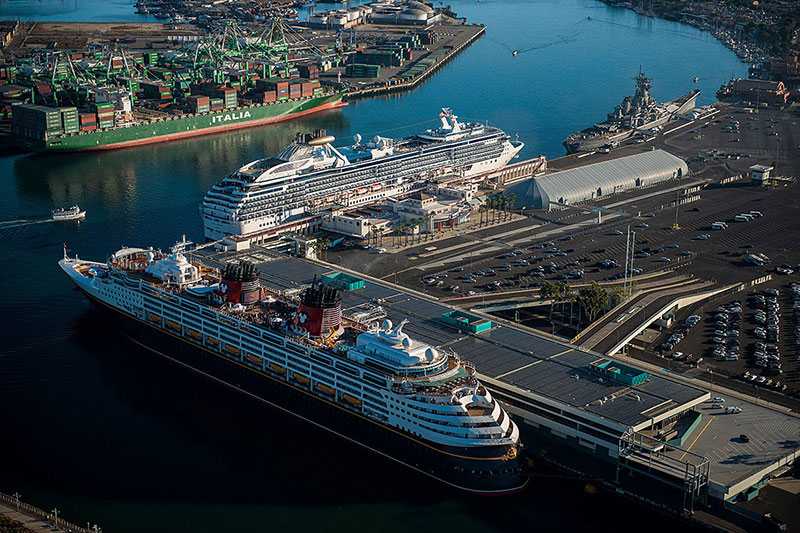 The Port of Los Angeles World Cruise Center began life as a freight and passenger terminal for the American President Lines. It was later converted into a cruise ship facility and became home to the “Love Boat”. As the size and number of cruises ships increased, the cruise ship center underwent a 21 million dollar major renovation and improvement project in 2003. Today the Port of Los Angeles World Cruise Center serves as the West Coast’s largest cruise port with hundreds of thousands of passengers using the facility. It can accommodate the biggest cruise ships. The Port of Los Angeles World Cruise Center is located at 100 Swinford St. near the corner of Swinford Street and Harbor Boulevard and is easily reached from the Harbor Boulevard off-ramp of the Harbor (110) and CA-47 freeways. The first hour of parking is free. After the first hour, parking is $2.00 per hour with a maximum of $20.00/per day.