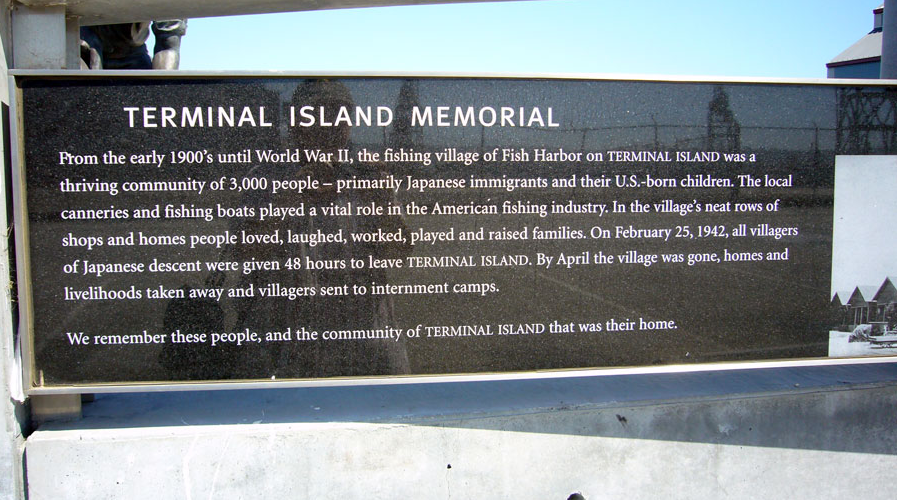 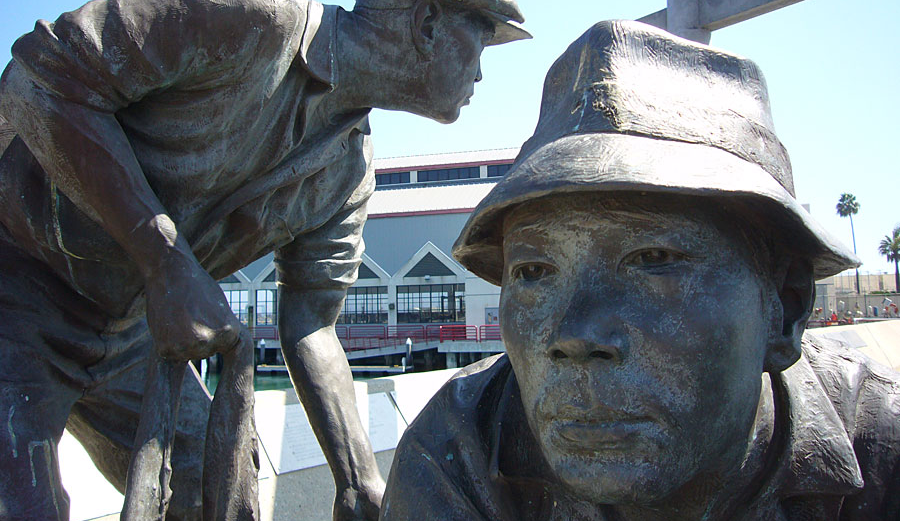 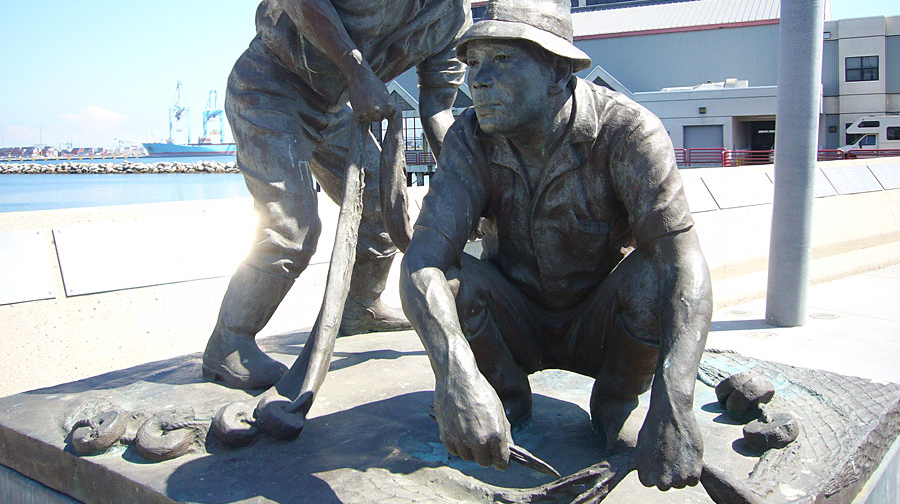 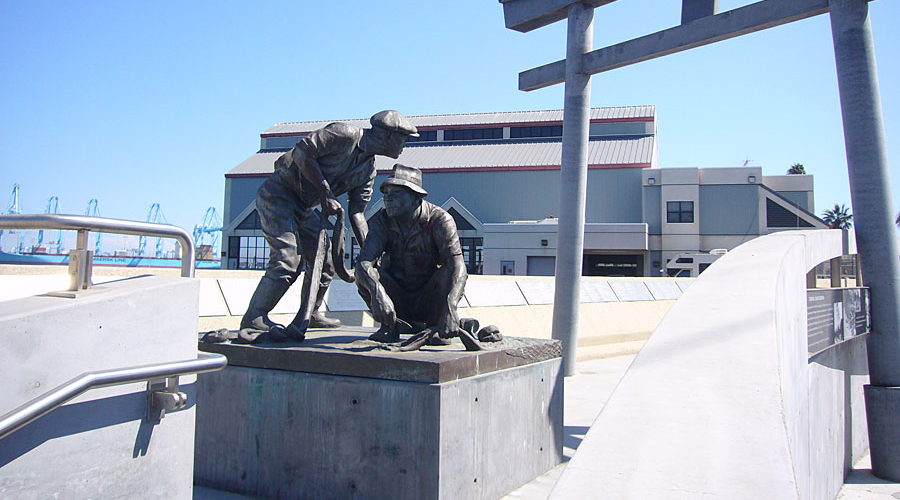 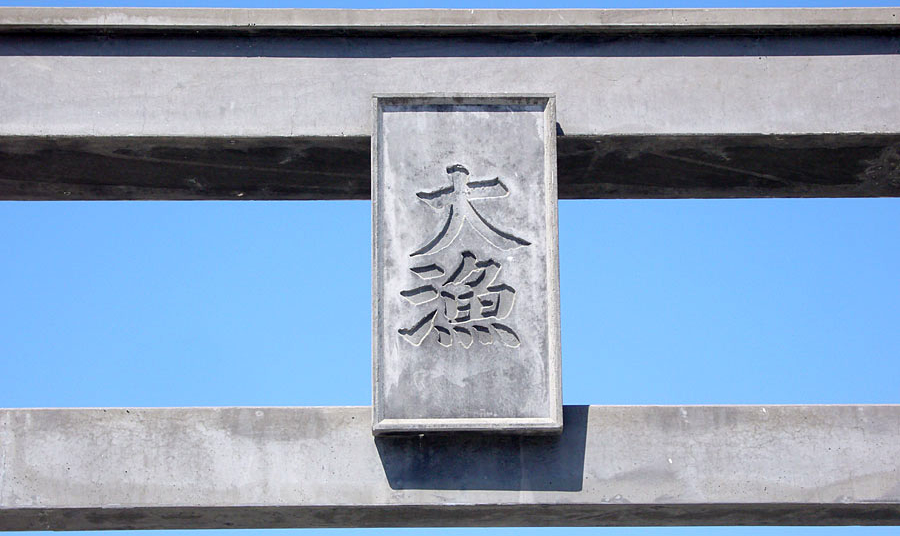 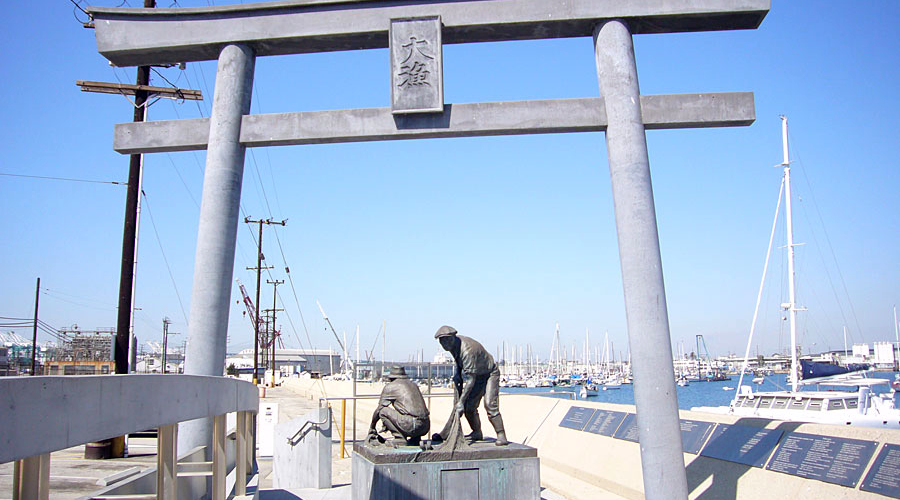 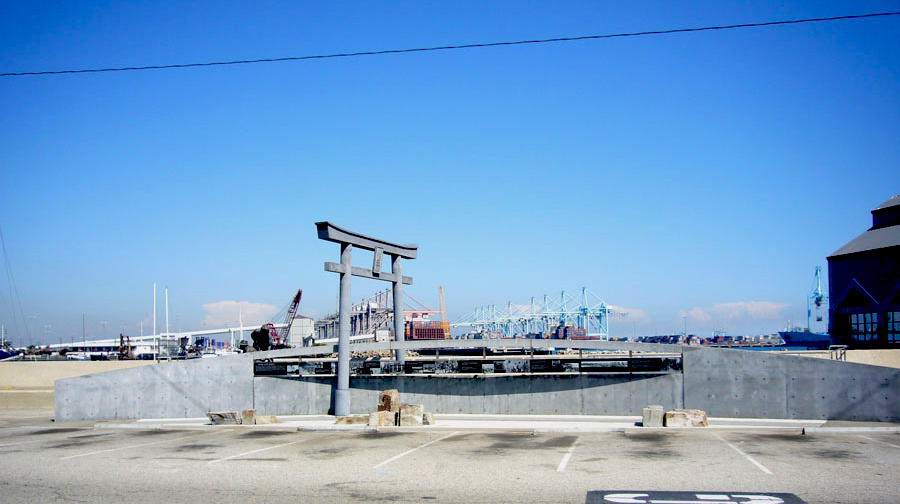 San Pedro has a memorial that is overlooked in many of the tourist guides. It is a Memorial to the Japanese Fishing Village on Terminal Island.

In 1941, 3,000 first and second-generation Japanese made their homes in an area of Terminal Island known as East San Pedro. The Japanese Fishing Village was next to Fish Harbor. Most of the local residents worked in the fishing industry. Approximately 250 fishing boats were owned and/or operated by the residents. Most of the local people, not working on the boats, worked in the many fish canneries that were clustered together on Terminal Island. Because Terminal Island was somewhat isolated, the Terminal Islanders developed their own culture and even their own dialect. The people called their close community village “Furusato” which translated literally means “old village”. An English equivalent would be “hometown”, “native place” or “home sweet home”.

The village had a Fisherman’s Hall where the Japanese martial arts judo and kendo were taught, a Shinto Shrine, ethnic grocery stores, candy stores and billiard parlors. The Island children attended Walizer Elementary School and took the ferry to high school at San Pedro High School in San Pedro. 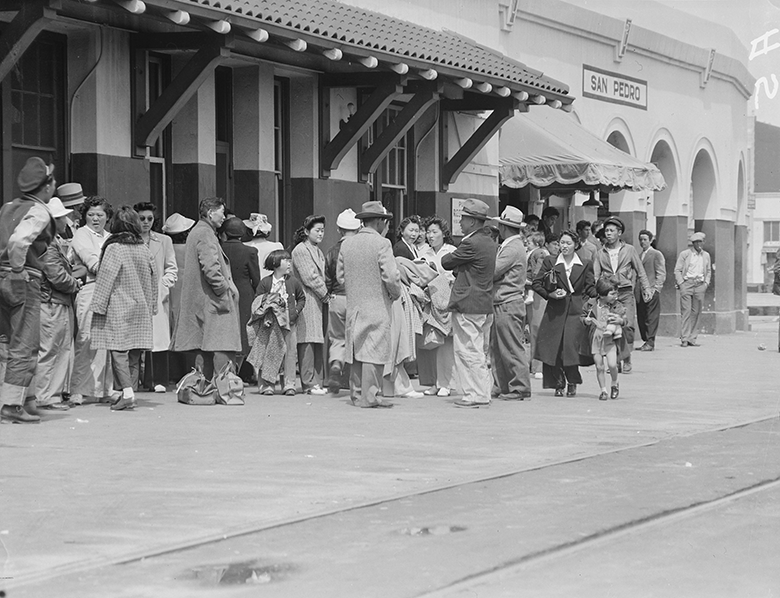 Japanese Americans were loaded on Pacific Electric Cars. Soon after the attack on Pearl Harbor, the FBI rounded up all of the adult males and jailed them. On February 19, 1942, U.S. President Franklin D. Roosevelt signed Executive Order 9066. This Executive Order sent 120,000 Japanese Americans to internment camps . Of the ethic Japanese people forced into internment camps, about 62% were Nisei and Sansei ( 2nd and 3rd generation Japanese) and were American citizens by virtue of being born in the USA. The other 38% were Issei (Japanese immigrants) who were either naturalized American citizens or resident aliens.

In February of 1942, Terminal Island residents were the first Japanese Americans, on the West Coast, to be forcibly removed from their homes. They were forced to evacuate their homes within 48 hours and had to leave almost of all of their possessions behind including all of their fishing boats and fishing gear. Some were able to sell their furniture, fishing gear, boats and other items. Since the residents only had 48 hours to complete the transactions, they were often forced to sell at ridiculously low prices by greedy individuals taking advantage of the desperate situation. 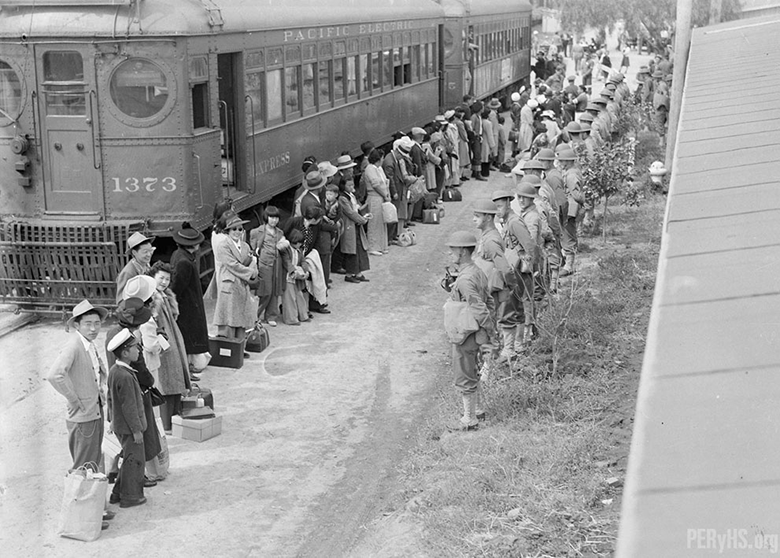 All of the other residents of Terminal Island were also ordered to leave. The Daily Breeze newspaper dated February 27, 1942 had an article headlined “Whites and Japs Leave Terminal Island” which reported that the United States military had taken over Terminal Island and was patrolling the deserted streets.

The Japanese Village was stripped of anything of any value and flattened by bulldozers and completely destroyed . The fishing boats were either taken by the military, repossessed, stolen, or destroyed.

On January 2, 1945, the exclusion order was rescinded. The internees were released with $25.00 and a ticket home. They returned home to find nothing. Furusato was gone without a trace. The canneries were still operating and a few people went back to work there . The rest of the former residents were scattered. The former Japanese villagers were worried the memory, culture and history of Furusato would be lost forever. They stayed in touch with each other and tried to keep the memories alive.

In 1971, they formed the Terminal Islanders Club. Since its formation, the members have been coordinating reunions, golf games, picnics and other activities. Now in their 80s, the Nisei worry about the future of the various events for the members. In 2002, the surviving second-generation citizens set up a memorial on Terminal Island to honor their Issei parents and to preserve the memory of their Furusato, their “Home Sweet Home”.