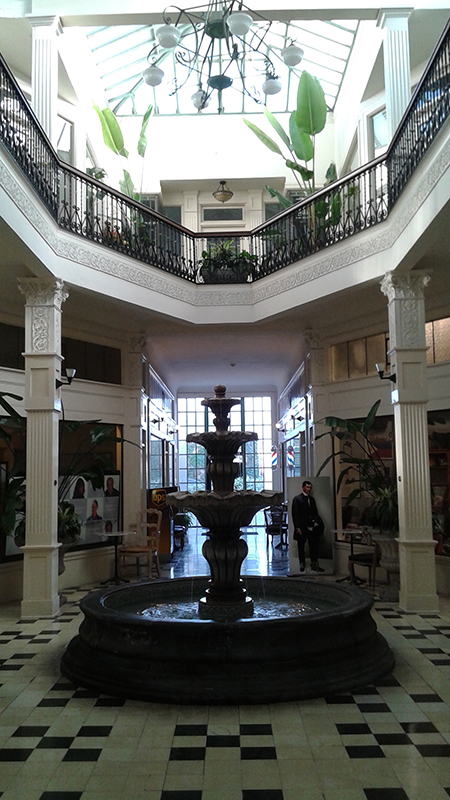 This site originally held a duplex known as Alessandro Flats, built by Alessandro (anglicized to Alex) Carresi. Carresi had a vision conceived from childhood memories, inspired by a building in his hometown in Italy. With the help of these memories and an architect, plans for the Arcade Building were born. In 1924, in a heroic effort to preserve this family’s home, part of the duplex was raised and supported while the Arcade was built underneath it. The former duplex became a penthouse, with a view of the harbor. Because Carresi was determined to create a structure that was both beautiful and unique the construction cost $80,000–enough to build a six-story building at the time.

This elegant example of Italian Renaissance style architecture enjoyed great success as a business for many years. Eventually it declined, however, becoming nearly vacant and losing some of it’s charm through poorly conceived face lifts designed to “modernize” the building.

In 1985, the building was extensively refurbished in a classic look that harkens back to the original formula. Curved, beveled glasses front window lead you down a corridor of imported black and white Italian tiles toward a curved stone fountain. Looking up thirty feet, you see a steel and glass skylight which extends the length of building. Solid oak staircases with wrought iron railings draw you up to the second level gallery that overlooks the courtyard below. The result is a building that is architecturally rich and full of history.