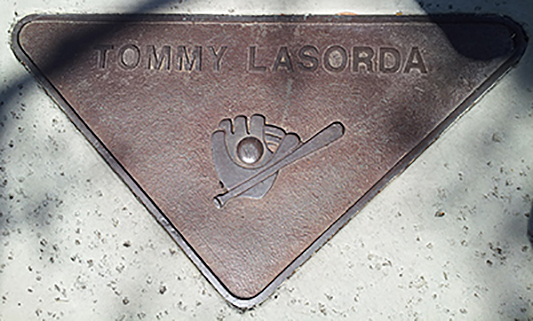 San Pedro is well-known for the extraordinary number of exceptional athletes it has produced over the years. It was only natural, therefore, when former city Councilman John S. Gibson suggested that a Sportswalk be started in San Pedro to commemorate outstanding collegiate, Olympic and professional athletes. The San Pedro Sportswalk opened in 1978, in a ceremony which also marked the revitalization of Beacon Street District. San Pedro’s answer to the Hollywood Walk of Fame, the Sportswalk features bronze plaques listing the name of the sports honoree and a symbol representing the sport for which the person is known.