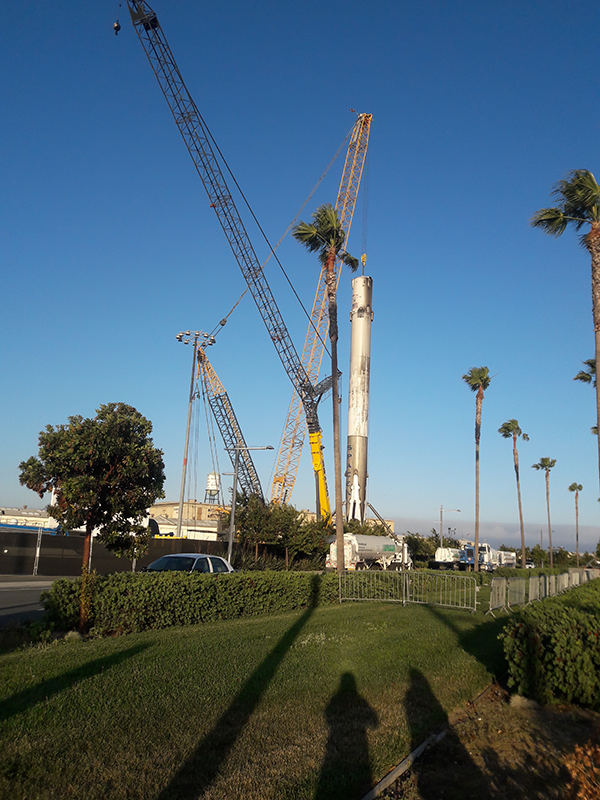 A SpaceX rocket booster is supported by a crane while being prepared for transport via truck. When SpaceX launches a payload into orbit from Vandenberg AFB, the booster or first stage is often recovered when the booster rocket lands itself on a special barge called an “autonomous spaceport drone ship”. The barge named Just Read the Instructions is located off the coast of Baja California for the recovery. The barge, with the rocket firmly latched to it, is then towed back to San Pedro where the booster stage is prepared for transport by truck to a SpaceX facility for reuse.