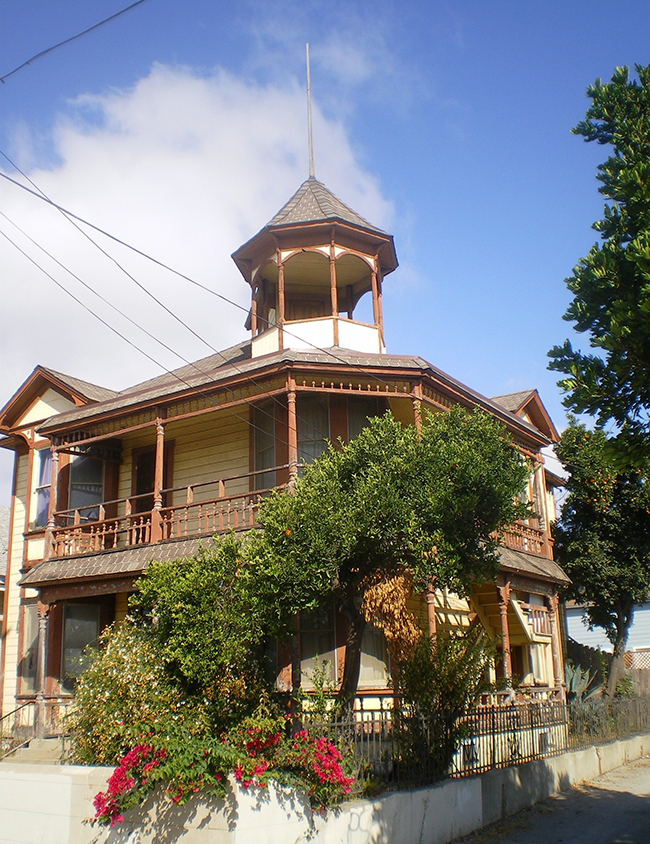 This striking example of the diversity of Southern California’s architectural heritage was modeled after a Danish prototype, and constructed for a Danish sea captain in the 1880’s. Sailors nicknamed it the “Danish Castle”, and many colorful stories are associated with it. Private residence, not open to the public.