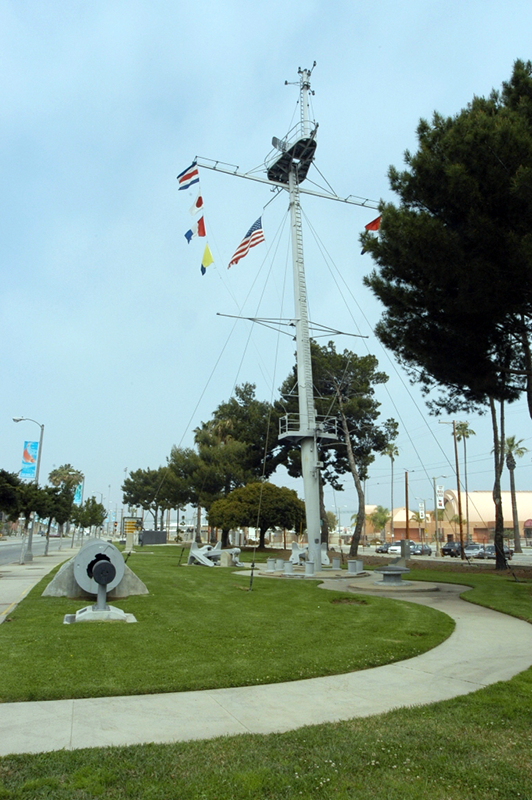 The heavy cruiser CA-135 USS Los Angeles earned her name, since she was financed by war bonds purchased by the residents of the city and county of Los Angeles. The campaign produced over $80 million, and was so successful that it helped to finance four destroyers in addition to the USS Los Angeles.

Commissioned in 1945 just a few days prior to Japan’s surrender, she spent a year in Asiatic waters before being placed in the reserve fleet. Recommissioned in 1951, she was the first U.S. Navy vessel to take enemy fire in Korea, and established a record for the longest-sustained bombardment ever logged by an American warship. After Korea, she returned to routine naval duties until 1963, when she was decommissioned, placed in the reserve fleet in San Diego and scrapped in 1977.

When the USS Los Angeles was dismantled, San Pedro was able to obtain her main mast, her two anchors and one of the anchor chain capstans. Together, they form the monument that was dedicated in 1979. With code flags and the Stars and Stripes flying proudly, the mast has become a symbol of the heritage that San Pedro Harbor represents. An extensive collection of memorabilia from the USS Los Angeles is on display at the L.A. Maritime Museum.